ClickForward(On all the incoming Mails);
}

Ping(“The busiest person until he starts believing that bench is heaven”);
Chat(With people on bench even if they are sitting across your cubicle);
}

Think(crazy stuff);
Open(Word Doc);
Write(Post in MS-Word);
// To let your manager know about that you work even when there is no work

Back again to writing about my Pune room-mates!
If my Chennai room-mates were from different parts of India, my pune room-mates' mother tongue was always different from the state they lived in. So another sets of interesting people came in to live under one roof. Each one of us having a tale of two origins. To make it more clearer we have a Gujarati, and an Hyderabadi who have lived all their life in Maharashtra. Then we have a pure "Mathu" - He is the exception. He is from Maharashtra and has mother-tongue as marathi (A very rare exception for our room.) Finally there is me, who is a mallu born and brought up in Gujarat, worked in Chennai, and now working in Pune, Maharasthra. So much for the introduction. Again to protect the privacy of the persons concerned (including me), I won't disclose their names. You people can take a guess on that. They are A, B, C, D.

A
He is the real story-teller. If you are with him, you would never get bored as he brings up one story after another; all stories based on real life. The best part is that you would know so much about the person he is talking about that you do not need a formal introduction when you meet his friend. He really should be part UN's world peace initiative. He builds bridges between people who have never met each other in their lives before. So he is the ultimate catalyst for creating mashups in the real world. Finally he devours MTV and he cannot ever miss a Roadie or any of the reality show that MTV can crank up. So he is our MTV (Mashup TV)!!

B
Now this guy really rocks. He is the absolute cool dude that people (read girls) want around. He would reach a CCD on a friend's(you know what to read) call before Obama could think of his next sentence during his speech. The best part of his is that he likes cricket and soccer. He is really into a ESPN, Star-Sports, Neo-Cricket, Star-Cricket. Unfortunately he is our Sanjay Singhania of our Room. Not that he has 8-packs, but he suffers from amnesia. But instead of exact 15 min interval that Aamir Khan had, somebody has inserted random function in his brain which causes him to forget things after a random interval of time. So he is our Star Cricket!! (he is a star of our room that sometimes blink and the rest of the time he forgets to blink ;) and he loves cricket)

C
Now this guy is our Door Darshan. He has no specific genre in his content. He shows everything - news, reality shows, sports, movies, music, daily-soaps and even the old DD colgate ads :). You can get his views on all the topics present in the world. Caution has to exercised when taking his advice or when he says "Tension kyon leta hai?" (Why do you take tension?). Then there is more of a chance of your having your heart in the mouth till he resolves your issue. But the issue will get resolved. So taking his help is not for the weak-hearted.

D
This guy is aloof from all the concerns of the world. You never know what his next action item his. I wonder whether he himself knows about what his next action item is. Still it is very dangerous to have a remote in his hands. He will make you watch movies not the normal Hindi ones. Hindi is a definite no on his list. You are lucky if you are able to see an English movie as he is bent on watching Espanyol, Francaise, Italia, Portuguese, Deutsch, or even Korean. He would be sitting there with an intensity that Rahul Dravid also cannot match when defending a ball. If you think, it all going over your head, I do not blame you. For all his intensity he still gets out to some of the most simplest of the deliveries in the most comical of the fashion. In short, he also does not understand anything ;) )I call him World Movies (Nobody can understand how World works and he likes movies!!)

Its Time to bed - Our gender war begins!!! 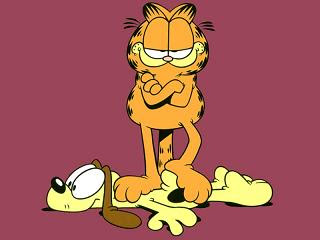 I have switched off my lights. The night was long and it suited me. I needed the rest. And somehow sensing my presence she came in. Noiselessly at first. I could not see her in the dark. Only felt her overwhelming presence coming upon me. She had been coming here for the entire last week.

I wanted to avoid her today as I was tired. I snuggled up deep in my blanket to avoid her. For a moment though, I felt relieved. I felt safe. But she sensing my uneasiness had waited. Waited patiently so that I can be comfortable with her presence. I popped out my head. I felt like her overwhelming presence has disappeared.

Again a sigh of relief went. Yet again she came in. This time with a definite purring. A soft voice came up as she started snuggling up around me. I was unsure of what to do the whole week. I tried to stop it. She was unrelenting. I did not want to hurt her. Actually I did not have the strength to hurt her. I just submitted to her desires. She sensed my powerlessness.

She now became a little more bold. She started caressing my hair and a soft purring started over my hear. I did not wanted this to go further. But powerless I was. My head again went inside the blanket. She still did not go. She knew my head would soon pop-out of the blanket. She knew my every pulse. After all same blood ran through our veins.

Finally she touched me. In the beginning the touch was a gentle caress. As her hands and feet all touched my bare skin - I waited for it to get over. And then like the phoenix rising from the ashes I arose. My strength returned. Her soft purring had stopped. She knew what was coming next. With bated breath she waited. My blanket was now off me. I started attacking her. She was deft and skillful and avoided my hands gracefully.

My mind again went tired and again i snuggled up inside the blanket. But now the heat was rising. I started sweating. She stayed put. I always admired her patience and perseverance. She knew the exact time when to touch me. In a way she knew everything about me. I was not surprised.


Finally I gathered my last bit of strength to reach the switch-board and switched on the fan and went deep into my blanket. She was shattered with this form of rejection. She knew I won't come out now. Her strengths - patience and perseverance was tested. They failed her with my last form of rejection and finally she just flew out of the room in an outrage. I was satisfied as I had finally own the battle of sexes. I can now enjoy me rest and sleep. Good Night :)


Now for all the reader out there - guess who she is??
at 6:24 AM 4 comments Links to this post
Email ThisBlogThis!Share to TwitterShare to FacebookShare to Pinterest
Labels: battle-of-sexes, battles of the dark, fun, sleep
Newer Posts Older Posts Home
Subscribe to: Posts (Atom)