The final Quirk of Life for 2013 is Zero! It had to be zero and nothing else.

I am writing at the zeroth hour and after this there is zero posts to write for the challenge. Additionally, zero was invented by an Indian called Aryabhata. The last sentence wouldn't make much of a difference but then zero is supposed to not make a difference. 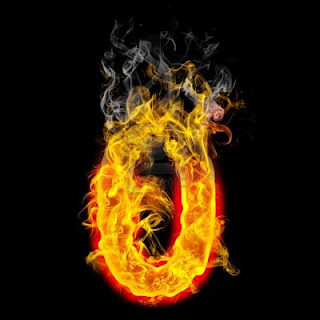 So what does this guy has which others don't? It has nothing. That is what makes it special. It describes nothingness.  You are quantifying nothingness.

It sits right at the middle of the number line. It defeats its only contender 1 in this. It doesn't have a negative counterpart unlike 1. It is unique. But the value it brings to table remains 0.

It remains at the beginning of most  things in life. You start with zero. You are born a zero. A  new day starts with zero.

In the game of cricket, you can never score zero runs. If you have a zero against your name, it means you haven't scored and it will called as a duck.


Zero is the only number on which if you perform a mathematical operation, it will result in infinity.It is the divide by zero operation!

If you try teaching a  kid about numbers,you show 1 bead and say that is 1. Then you show 2 beads and say it is 2. But what about zero? Only at the end, when child understands the concept of numbers, you would run a scenario that when all the beads are removed, then you say there are 0 beads.

Thus  although the value of zero is 0, it is invaluable. Thus like zero, this challenge has brought immense pleasure to me. The only place I have never wanted a 0 was on my mark-sheet.

I do intend to write Reflections post  for this. However, to present a gist, it has made me aware of my own strength and failings. More importantly, it has exposed me to so many wonderful people and their varied thoughts on so many different subjects! Thanks a ton to A-Z Hosts! It was truly a wonderful effort from you guys! Cheers!

With that I finish off the challenge!
at 4:24 AM 17 comments Links to this post
Email ThisBlogThis!Share to TwitterShare to FacebookShare to Pinterest
Labels: #AtoZChallenge, April Challenge done, last letter, letter-z, zero

[A-Z Challenge] You are late!

Ah! Those three words are rankling my mind again. This post explains the futility of measuring your life against the scale of time.

Well, time is off essence and being late is never accepted unless you become late. As humans we have created a standard time which had nothing to do with us just as it has nothing to do with the cow. Yeah - the cow. The cow has all the time in the world to chew on one straw of grass and yet they are not able to digest it. We, on the other hand not only have to ensure the food is digested but also have to burn calories off to remain fit. 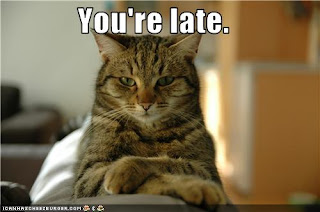 People may argue that, if things were not time-bound we wouldn't have a civilization in place. True. But who needs a civilization?

Man did not invite fire or wheel in a time-bound manner. He did it accidentally. So why not keep it like that. Let things happen accidentally else, sit and enjoy the sun like a dog does. It is so much simpler.

Then there are birds that forage for food in the early morning only to return to the nest before sun-down. Yeah they follow time. But they have 12 hours where the only useful things they do are to eat and drop bombs. Instead, we slug it out, fill in time-sheets for the work done every hour and yet return home unsatisfied on most occasions.

The next argument is if I am comparing everything to animals and birds, how do we differentiate between them and humans?  Well, we have such big egos which tell us that we are better than the rest of the species on earth.  If we consider the vast expanse of the universe then this superiority does not amount to anything.

We believe, if nothing is time-bound there will be only chaos. Don't we already have chaos by following time? Here, I rest my case!

Of course, since we have been working in the paradigm of working on time for some centuries, I do agree reverting to a care-free, no time zone will take some time and am not putting any time limit on that. However, I do request you folks to excuse me when I am late for I do not want to measure myself against time!

PS:  This post is already late!
P.PS: Quirks of Life starting with Y is "You are late." With getting on time being the topmost priority, most of us (at least self here) gets that message every now and then. So thought of explaining my stance once and for all.
at 4:12 AM 6 comments Links to this post
Email ThisBlogThis!Share to TwitterShare to FacebookShare to Pinterest
Labels: #AtoZChallenge, late, letter-y, rant, sarcasm, timepass
Newer Posts Older Posts Home
Subscribe to: Posts (Atom)