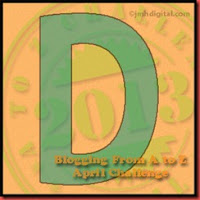 As babies, we were allowed to doze-off whenever we wanted. In fact we were encouraged to doze-off as much as possible by stressed out moms. Even during the initial school days, there was special time for naps allocated in the post-lunch session. As the years grew on, the right was slowly and steadily taken away from us and suddenly sleeping became an un-cool thing to do.

However, there was a time when Prime Minister of India used to doze off during the Republic day parade. Parliament is the best place to doze off for Indian politicians. Even when sessions are on, many off them take a quite naps. Despite its usage by the high and mighty dozing off per se is not very popular with the bosses all over the world.

However, things are changing these days. The army of people fed-up with the efforts of lesser mortals asking them to stay awake is growing by the day. Already the concept of power naps is gaining ground and is looked upon as an effective stress-buster for high flying executives.

Additionally, taking a nap is no easy achievement in itself. The art of dozing off requires considerable amount of expertise which can only be attained through sustained practice and focus over a duration of time resulting in the ability to doze off anytime anywhere. This "anytime and anywhere" concept also includes stressful situations such as exams, board meetings, buses, auto-rickshaws, trains, classrooms, etc.

Moreover, masters of the art have the special ability to doze off standing by holding / leaning on the nearby branch of a tree or a pole. The method to doze off even while standing is only known to the sensei of this art and is exercised on very rare occasions with extreme discretion. People around would assume the master is in deep throught rather than sleeping.

Personally, as part of happy-napping people team, I am eager to see the change happen faster at the lower level as I get caught out frequently in not very comfortable situations. For me, sleep comes faster than I can imagine. Although I cannot claim to be a master of this art, my dozing senses are stronger than most of the multitude inhabiting the earth.  There was bit of bragging in there. However, if anybody needs to learn to doze off discretely, self here is happy to help. For now, I am off for my dozing senses are now activated... 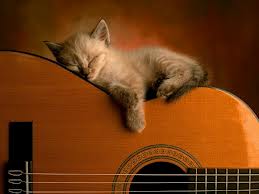 PS: This is part of the April A-Z Challenge where a post has to be posted every day in the month of April except on Sundays. The details are present here.
at 3:03 AM
Email ThisBlogThis!Share to TwitterShare to FacebookShare to Pinterest
Labels: #AtoZChallenge, bakwaas, letter-d, timepass